An acronym for Heating, Ventilation and Air-Conditioning, HVAC scenting occurs when a fragrance is diffused through a central heating and cooling system.

This is accomplished by connecting an HVAC scent diffuser system to an existing system where it then disperses the aroma throughout a home or business.

HVAC machines provide both comfort and safety, and when combined with our Aroma Stylers (or similar HVAC scent diffusing units), create fragrance-enhanced, branded, odor-neutralized environments to both residential and commercial spaces, providing a multitude of benefits, which we will cover later in this blog. 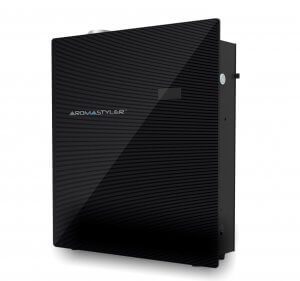 A Brief History Of HVAC Systems

An American engineer named Willis Carrier, while working for the Buffalo Forge Company, invented the first electrical air-conditioning unit back in 1902. He designed a system that controlled humidity using cooling coils and secured a patent known as: The Apparatus for Treating Air.

The American public first experienced comfort cooling at the St. Louis World Fair in 1904. During the 1920s, the Rivoli Theater in New York City was the site of a new apparatus which Carrier himself publicly introduced.

Its use increased the reliability of cooling systems and significantly lowered the cost of large scale air conditioners throughout the nation.

It should be noted that although Willis Carrier is largely credited with inventing the modern air conditioner, Frederick Jones, an African-American, invented the first portable air-conditioning unit. He maintained at least 60 patents on various inventions including refrigeration for food transport trucks.

Scent Diffusion As An Economic Strategy

While Air-Scent invented the first fan air freshener in the 1940s, it wasn’t until much later that the idea of strategically scenting building interiors via HVACs would become commonplace.

In 1976, an Air Force technician named Mark Peletier, after spending some time in the woods, sought to recreate the fresh and woody redolence of the rain-drenched forest and greenery, which he found to have a calm and relaxing affect on his spirit.

He developed a commercial HVAC scent diffuser, and his first customers hailed from the Las Vegas casinos where smoking was permitted and presented serious odor problems.

Installed scent diffusing machines alleviated the issue, and because casinos were usually segments of hotels, the idea of scenting hotel lobbies took off as well.

Although the motive behind casino scenting was to create a pleasant ambiance for gamblers to lose their shirts and other personal items, casino managers soon started to see an increase in both revenue and linger time wherever scent was introduced. 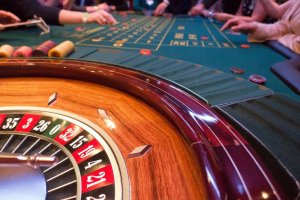 A Few Relevant Studies and Statistics

The founder of the Smell and Taste Research Foundation is a Chicago-based neurologist named Alan Hirsch.

He became fascinated with the success of scenting casinos, and his curiosity spurred research to understand the part scent played in the increase in revenues. He focused on slot machines and selected three similar zones and scented two of them.

He then compared the profits gleaned from these zones before, during and after the scenting. While the unscented zone showed no change, the scented slot machine zones revealed a 45% increase in gambling revenue. 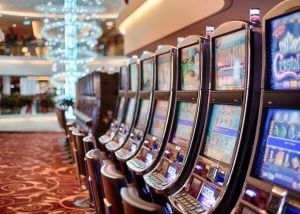 Since then, many respected scientists have done studies that both confirmed Hirsch’s results and added new insights.

Rachel Herz, an American and Canadian neuroscientist and leading world expert on the psychological science of smell, conducted a 2010 study entitled: The Emotional, Cognitive, and Biological Basics of Olfaction: Implications and Considerations for Scent Marketing, which examined the connection between scent and emotion.

Maureen Morrin, a renowned professor at Rutgers University School of Business, conducted serious research in 2010 on the topic of sensory marketing, and particularly, the sensuality of specific products.

An iconic 2006 study conducted by Eric Spangenberg, an environmental psychologist and the dean of Washington State University’s College of Business, established that scents can only be effective if they match the total shopping experience.

Since the late 1990s, central air conditioning has been not only ubiquitous but also more affordable than it ever was in the past for both home and business owners.

According to the Energy Information Administration, air conditioning is now in nearly 100 million American residences, representing 87 percent of all households.

Similarly, HVAC diffusers systems, which are attached to HVAC air filter systems, have improved greatly as well, thanks mostly to our incredible teams at Air-Scent International.

Early diffusers rendered uneven results, and it was very difficult to adjust the scent’s intensity. Today, these machines diffuse the fragrance oil into a micro mist and deliver it via the HVAC apparatus.

Scent droplets are very tiny, ranging in size from 5 to 20 microns, which comparatively speaking means they are smaller than the period at the end of this sentence.

Because the droplets are so very small, they easily transport themselves on the air pumped by the HVAC structure and evenly disperse throughout a room.

Of all the senses, smell is the most closely connected to memory formation and scientists have discovered that while a person’s visual recall of something drops up to 50% within a few months, the memory of a scent is retained with 65% accuracy even for as long as one year after experiencing it.

Distinctive smells reach the brain and lodge there for future triggers and subsequent recall. 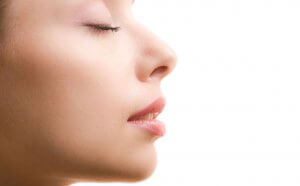 What Are The Benefits of HVAC Scenting Diffusers?

HVAC diffuser systems have evolved tremendously over the course of the last four decades due to advances in science and technology, and we have led the way in that department.

In fact, we’ve been innovating the air freshening industry since we were founded back in 1946, and ever since, our state-of-the-art air freshening options greatly serve to improve indoor and environmental odors.

Our Aroma Styler diffuser (as well as others) help industries of all kinds define their brands, encourage customers to linger longer and purchase more in addition to some other important benefits associated with either a residential or industrial HCAC system. But these are just a few of the benefits they provide —

The innovative technology of our Aroma Stylers breaks down fragrance oils into a dry mist of nano-particles with the use of cold, filtered air.

A dry fragrance mist is released into the HVAC ducts, sending a consistent, powerful and even scent throughout large spaces that never leaves a residue and remains consistent no matter how long it is in operation.

2) App-Controlled Set It And Forget It Low Maintenance

Smart HVAC diffuser systems are ultra convenient because of they are often controlled via smart Apps which make programming them much easier. A digital timer can be easily set to turn the device on and off any day of the week, saving on energy and extending the life of the liquid refill bottle.

By virtue of smart technologies, newer HVAC diffuser systems are programable and energy-efficient, so they do not run excessively, lowering that pervasive carbon footprint, which is so destructive to our environment.

Current research indicates that scent can improve a person’s mood by as much as 40%, which not only makes them more likely to make a purchase but also to spend more time shopping in a particular establishment.

In addition to customers, employees also experience positive mood shifts with the introduction of scent-marketing into the workplace. This has been shown to lead to a 13% increase in productivity.

Technological innovations have brought about the creation of better, more durable construction materials, which have greatly contributed to the lifespan of current HVAC machines.

The development of ingenious components that run remotely manages itself. This also ultimately contributes to less wear and tear of major elements.

6) They Increase Sales Within Retail Interiors

As a result of scent encouraging consumers to linger and shop for longer periods of  time, they are more likely to make purchases.

This is, however, dependent on the careful selection of the right fragrance for the specific items featured.

For example, a retail section selling mens toiletries should be scented with tinges of masculine scents, such as patchouli and other woody elements, while a lingerie department is more appealing to women when wisps of vanilla and floral aspects float over their pocketbooks.

In addition to setting the right ambience and mood, our Air-Wisp liquid fragrance refills contain our patented odor neutralizing additive, Metazene, which effectively eliminates vaporous odors within any interior.

As we once wrote, “This colorless additive is the epitome of “true odor neutralization. Its evolution is closely allied to both advances in technology and science and the demands of the modern consumer for the creation of a powerful weapon to eradicate malodors completely rather than disguising them with a temporary bouquet of lightly fragranced air-care products.”

This air-freshening system has the reputation for being one of the most powerful, easy-to-use HVAC atomizing diffuser machines available today, and it is the epitome of innovation within the field of industrial science.

Cutting edge technology converts liquid scent into dry, micro-particles, which in turn creates an imperceptible vapor that drifts across any open space. 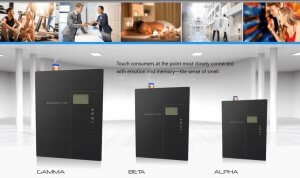 Perfect for ambient scenting in both large and small commercial environments including but not limited to: hotel lobbies; banquet halls; entrances and hallways; casinos; fitness centers, medical facilities; spas and office buildings, the Aroma Styler is very effective in improving indoor air quality for residential environments as well.

The Aroma Styler system is available in three applications (Gamma, Beta and Alpha), which makes it adaptable for use in both smaller commercial spaces and private homes.

The Gamma covers up to 63,000 cubic feet, and can either stand alone or connect to an HVAC cold vapor mist. Its options include: controllable output settings and three distinct programmable phases per day.

The Beta size is best utilized for areas up to 21,000 cubic square feet and the Alpha option is even smaller, covering residential areas up to 10,500 cubic feet.

We are a the leading manufacturer and purveyor of the world’s most effective commercial grade ambient air-care systems and products. 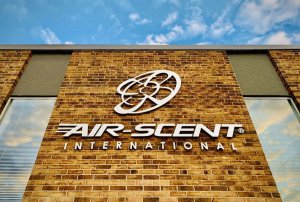 Our customer service reputation remains unblemished down through the decades, and we proudly stand behind all of our products.

Our fragrances and commercial air fresheners far exceed industry standards and they are ideal for all commercial and residential spaces, both large and small.

Both homes and industries, no matter what the size or type of space, can harness the power of ambient scenting so that it will enhance the mood and spirits of all who enter within.

If you’re a business owner, or you operate a scent marketing company, let our professionals at Air-Scent International help you select the air diffuser system most suitable to your particular needs, whatever they might be.

Whoever stole our air-conditioners, keep one. It’s hot where you are going. ~The New Lively Hope Baptist Church