8 Places You Never Thought To Use Fresh Strap Air Fresheners

Our patented Fresh Strap air fresheners, also known as “smell belts,” have become extremely popular among purveyors and distributors of odor-control products for portable toilets, so much so they are considered the gold standard for passive odor control and air care within an industry where malodors are an excessively persistent problem and quite possibly make for the most stubborn and, well, offensive odors in the world.

Consequently, with their ease of use and powerful ability to render any stinky situation promptly eradicated, it comes as no surprise that they have found their fragrant and versatile way into solving many other industry’s malodorous situations. In fact, anywhere you place these little air care gems, they tackle just about any fetid headache.

So, with their ever-increasing presence, we thought we’d showcase a few highlights about our air freshener Fresh Straps; detail what makes them so powerfully effective; explain why they’ve become the talk of town; and provide 8 new places within commercial interiors where business owners, air care suppliers and janitorial companies are strapping them on for superior odor-fighting awesomeness! 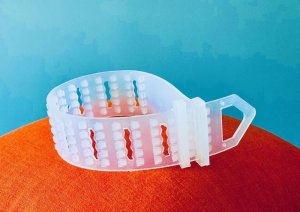 What Makes Our Fresh Straps So Powerful In Combatting Odors?

In the words of our sister company, Surco Portable Sanitation Products, “Unlike simple smaller scented circular paper blotters that are still used today (and only last a few days or week at most), our patented polymer fragrance straps are specifically crafted to have a dramatically larger surface area, which allows them to provide tremendously more fragrance content. Bottom line, the more surface area diffusing scent, the more fragrance intensity and odor neutralizing power delivered.”

Speaking of odor neutralizing power, our Fresh Straps are infused with Metazene, a superior odor-fighting additive that surpasses the capabilities of any odor neutralizer on the market today. This safe, odorless, non-formaldehyde, vapor phase additive eliminates the most stubborn of malodors emanating from industrial and commercial spaces of all sizes and shapes via a chemical reaction which sets it apart from any other odor neutralizer.

Metazene annihilates bad smells at a molecular level with just a little help from industrial science and technology. Foul-smelling molecules attach to the Metazene molecules, which trap the malodors and lock them in, creating a neutralizing atmosphere. Those molecules drop from the air to the floor and eventually disintegrate, leaving the air within any interior space odor-free.

Why Are Our Fresh Straps The Talk Of The Town?

Fresh straps have recently received a lot of attention and new locations for our straps are being discovered every day, as evidenced by a recent case study featured in PRO Monthly. It concerns a restaurant owner in Ironwood, Michigan, who used Fresh Straps as a unique solution for trash odors occurring in their intake vent. 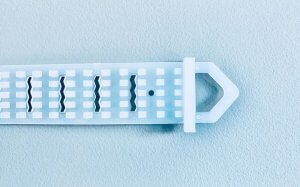 A gentleman named Bill Leppala was hired to find the source of the odors and to rectify the problem. He discovered that the origin of the odors were not in the  kitchen as expected, but rather outside the building.

In His own words: “After chasing a few things, I noticed the makeup air intake for the kitchen was pulling outside air from right over the dumpsters for the air discharge from the oven hoods. It was not the best design.” He took a chance and made an executive decision to affix a Fresh Strap to the air intake and found an immediate solution to the restaurant’s stubborn odor problems. This has started an innovative experimental trend that has had good results so far.

One Facebook user from the construction industry also praised the effectiveness of these fresh straps. The post reads: “Got multiple samples at the WWETT show. Placed one in this construction unit 5 weeks ago. Still in place with no slip, no stain to our floors and no sticky holder like the disc. The scent of lavender smells like day one! Your products are the best!! And your customer service is remarkable. If you haven’t tried these products, we highly recommend you call Air-Scent. BTW, the Berry Cherry is my absolute favorite.”

In addition to Berry Cherry and Lavender, our Fresh Straps also come in “Extreme”, which is a fresh and clean type fragrance.

8 Unexpected Places To Use Our Fresh Straps

There are at least eight other places besides portable toilets where these fresh straps can be highly effective in controlling odors. They include:

These straps are extremely effective when affixed to restaurant intake vents. They remove telltale cooking, frying and grease odors emanating from grills, ovens and fryers that are unavoidable in this industry.

Any commercial interior, no mater what industry it represents, can benefit from fresh strap placement within or in front of the indoor HVAC diffuser air vents. They provide consistent air-freshening and neutralization of transient odors.

Both public bathrooms and those found in smaller hotels and motels can count on these fresh straps to provide extremely effective and totally unnoticeable odor control. 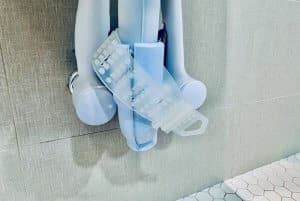 For highly efficient control of musty odors in homes and office buildings, wrap fresh straps around pipes or posts.

Large commercial venues such as rest-stop bathrooms, stadiums, arenas and theaters, will require several straps to wrap around stall frames and other convenient places. They provide long lasting odor control and their self-locking design offers protection from pilferage. 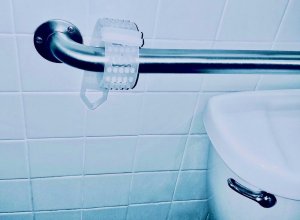 These straps are designed to fit anywhere odor control is needed. In men’s bathrooms in restaurants, office buildings and other commercial venues they are a much more attractive option than unsightly urinal screens. Simply secure the straps around the urinal flush pipe and the controlled release of fragrance as well as odor neutralization is assured for up to 60 days. 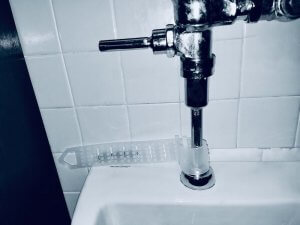 Malodors can be overpowering in places like the stairwells of parking garages, high rise office buildings, condominiums and other buildings. The smell of carbon dioxide and gaseous emissions is not only unpleasant, but also take a toll on human health and well-being. Fresh straps can solve the problem by wrapping them around the base of stairwell railings.

These straps can improve odors in any boiler room within large commercial spaces. Wrap them around warm pipes to diffuse odors emanating from moisture and air conditioning condensation, evaporation and dripping.

Fresh straps are only one of the many ambient air care and odor control products produced every year by our teams at Air-Scent. Our particular edge over others derives from something that can never be taught in textbooks; namely, more than 70 years of hands-on operation and experience.

Our state-of-the-art, in-house, 80,000-square-foot Technology Center situated in Pittsburgh, Pennsylvania, is a research hub that is run by a team of experts who are equipped with the very latest in technological advancements. Some of these include: gas chromatography, mass spectrometry, head space analysis, distillation, extraction and quality control technology.

All of our manufactured ambient air-care products far exceed industry standards, and our innovative accomplishments, keen understanding and application of advances related to industrial science and product development keep us heads above all competitors.

Consider giving our Fresh Straps a try in new and different sectors besides portable toilets. Their reputation is cemented within that industry, but they are also quickly becoming a versatile solution to odor-control and odor-management within other industries as well.

Just like that old television ad about orange juice and breakfast, our Air-Scent Fresh Straps aren’t just about portable toilets any more. Whether you’re a scent marketing supplier, janitorial supply house, restaurant owner or business manager of any commercial space, our Fresh Straps will dramatically improve odor control in just about any area where malodors persist and provide ambient fragrance enhancement.

Contact our team today and find out more about how your company can benefit from our Air Freshener Fresh Straps.